Exercise: Do a Right Brain Start Up Exercise. Take one problem, pick any quote at random, devise a strategy to solve your problem by extrapolating from this inspiration using the "creative-intuitive" brain.  Want to learn RIght Brain Start Up? Try the exercise, and it's highly recommended to use sound with it, such as Steve Halpern's "Deep Alpha"...  -- S.H. Rodman

"Education is what remains after one has forgotten what one has learned in school." -- Albert Einstein, Out of My Later Years: The Scientist, Philosopher, and Man Portrayed Through His Own Words

"The wise man does not lay up his own treasures. The more he gives to others, the more he has for his own." -- Lao Tzu

"Affirm, thank, help someone else to solve their challenge, problem, etc.! This opens up creative higher intelligence like nothing else!" S.H. Rodman

"Develop an interest in life as you see it; the people, things, literature, music - the world is so rich, simply throbbing with rich treasures, beautiful souls and interesting people. Forget yourself." -- Henry Miller, author

"I have just three things to teach: simplicity, patience, compassion. These three are your greatest treasures." -- Lao Tzu

"There are amazingly wonderful people in all walks of life; some familiar to us and others not. Stretch yourself and really get to know people. People are in many ways one of our greatest treasures." -- Bryant H. McGill

"Nearly every man who develops an idea works it up to the point where it looks impossible, and then he gets discouraged. That's not the place to get discouraged." -- Thoma Edison, after 10,000 light bulb tries.

"Innovation is a network of collective inner genius creation which has found its champion. Its sponsor. Its speaker. Its Voice." -- S.H. Rodman

"Do something wonderful, people may imitate it." -- Albert Schweitzer

"Whatever you decide, don't let it be because you don't think you have a choice." -- Hannah Harrington

“It does not take much strength to do things, but it requires a great deal of strength to decide what to do.” -- Elbert Green Hubbard

"In every walk with nature one receives far more than he seeks." -- John Muir

"Silence is a source of great strenght." -- Lao Tzu

"One can never consent to creep when one feels an impulse to soar." - Helen Keller

"I don't think you ever stop giving.  I really don't.  I think it's an on-going process.  And it's not just about being able to write a check.  It's being able to touch somebody's life." -- Oprah Winfrey

"Very many people go through their whole lives having no real sense of what their talents may be, or if they have any to speak of."  -- Ken Robinson, TED Quotes

"Innovation needs to be part of your culture. Consumers are transforming faster than we are, and if we don't catch up, we're in trouble." -- Ian Shafer, creator, Yabbly, People Helping People

"A breakthrough idea is like shooting skeet.  People's needs change, so you must aim well ahead of the target to hit it." -- Raymond Kurzweil.

"No matter how far a person can go, the horizon is still way beyond." -- Zora Neale Hurston

"Musical training is a more potent instrument than any other in the integration of the human being because rhythm and harmony find their way into the inward places of the soul on which they mightily fasten, imparting grace, and making the soul of him who is rightly educated truly graceful." -- Plato

"In proportion to our body mass, our brain is three times as large as that of our nearest relatives. This huge organ is dangerous and painful to give birth to, expensive to build and, in a resting human, uses about 20 per cent of the body's energy even though it is just 2 per cent of the body's weight. There must be some reason for all this evolutionary expense." -- Susan Blakemore, from "Meme, Myself, I" New Scientist, 3-13-99.

"I never came upon any of my discoveries through the process of rational thinking." -- Albert Einstein

"It takes courage to grow up and become who you really are." -- E.E. Cummings

"The distinction between the past, present and future is only a stubbornly persistent illusion." -- Albert Einstein

"It's a poor memory that only works backwards..." -- Lewis Carroll

"Live so that when your children think of fairness and integrity, they think of you."  - H. Jackson Brown, Jr.

"Sometimes we start so long at a door that is closing, that we see too late the one that is open." -- Alexander Graham Bell

"Begin as if you will finish. Let the story be told that you had the courage to begin."-- Mary Anne Radmacher

“Institutions will try to preserve the problem to which they are the solution." -- Clay Shirky

"I tell people I don't know what's impossible.  I have ridiculously large dreams, and half the time they come true." -- Debi Thomas, World Champion Figure Skater, Olympic Medalist and Physican

“One language sets you in a corridor for life. Two languages open every door along the way."  -- Frank Smith

"What pioneer ever had chart and a lighthouse to steer by?" -- Catherine Drinker Bowen

"It is the function of art to renew our perception. What we are familiar with we cease to see. The writer shakes up the familiar scene, and, as if by magic, we see a new meaning in it." -- Anais Nin

"You can't just ask customers what they want and then try to give that to them. By the time you get it built, they'll want something new. " -- Steve Jobs

"It is change, continuing change, inevitable change, that is the dominant factor in society today. No sensible decision can be made any longer without taking into account not only the world as it is, but the world as it will be." -- Isaac Asimov

"We are what we repeatedly do.  Excellence, then, is not an act, but a habit." -- Aristotle.

"Research shows that you begin learning in the womb and go right on learning until the moment you pass on.  Your brain has a capability for learning that is virtually limitless, which makes every human a potential genius.” – Michael J. Gelb

"The brain is a wonderful organ.  It starts working the moment you get up in the morning and does not stop until you get into the office." -- Robert Frost

“A notepad by the bedside accounts for half the earnings of my livelihood.” -- Ever Garrison

"There are children playing in the streets who could solve some of my top problems in physics, because they have modes of sensory perception that I lost long ago." -- J. Robert Oppenheimer
"You must either modify your dreams or magnify your skills." -- Jim Rohn 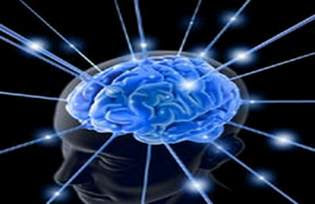